A result status indicates the outcome of executing a test case in a test run.

To edit a status, you need the administrator privilege. Go to Main Menu ▸ Administration ▸ Result Statuses and click on the edit icon for the status you wish to edit.

You can customise the order in which the statuses appear in the dropdown while adding a result. To reorder, go to Main Menu ▸ Administration ▸ Result Statuses and click on button in the title.

This flag indicates to the system whether the testing of a test case is completed or not in a test run. The system uses this to calculate the % complete of a test run.

Custom result statuses are only available during your trial and in paid plans.

Tuskr also allows you to use your own statuses.

Let's say you wish that testers should point out test cases that passed but the software depicted some questionable behavior in their opinion. In this case, you want a custom result status with the name Review and ask your testers to add a result with this status.

To create a custom state, you will need to edit an existing final or non-final state, change its name and activate it as shown below. 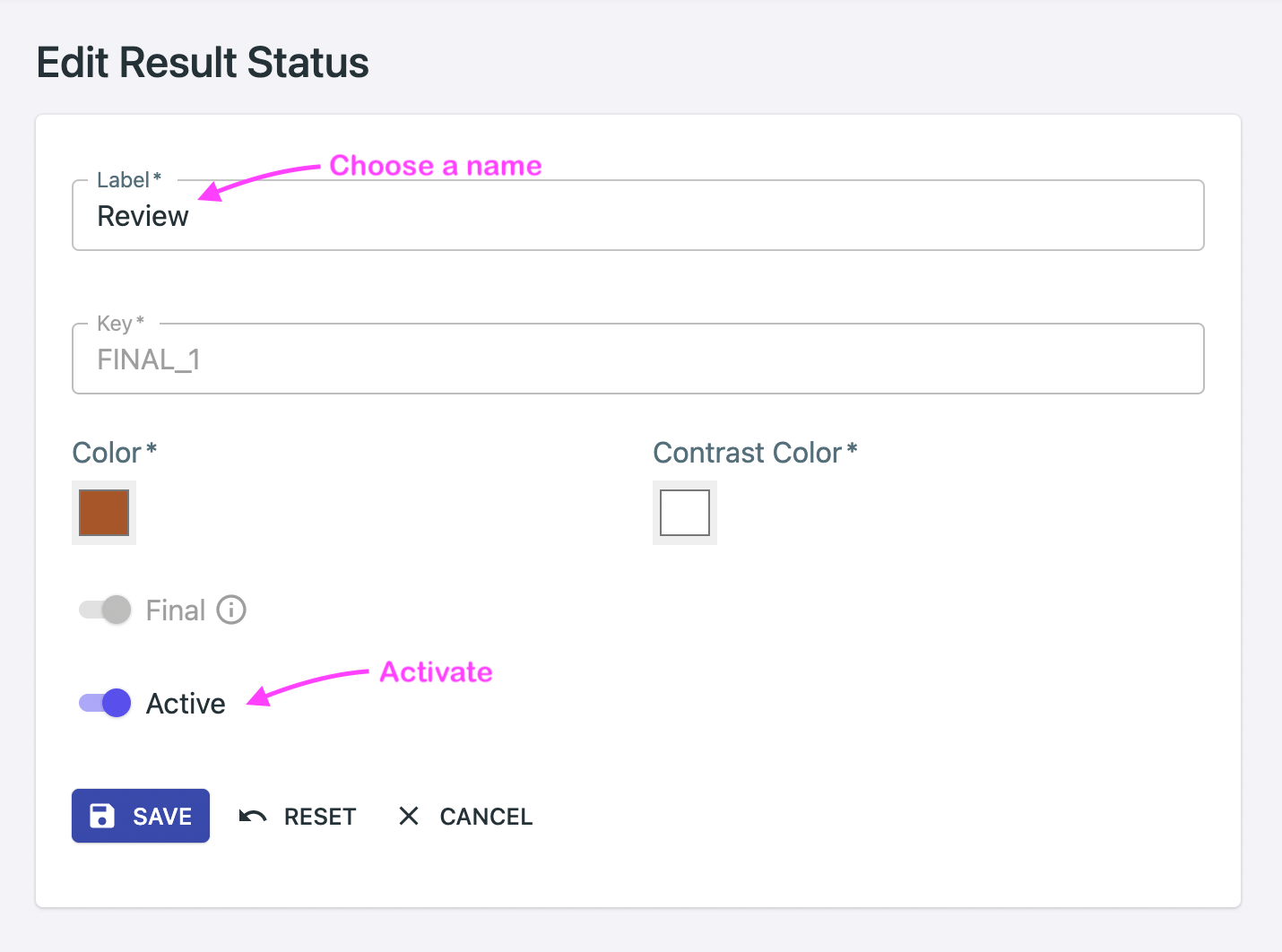